We Are Special in His Sight

Sunday's sermon has given me lots to think about as the week has progressed. Our Pastor talked about branding and how it affects all of us. We see for example, the logo for Nike and we know their slogan is "just do it." Brands and their slogans shout to us and often influence what we buy, what we hope can happen after we use the product and they even attempt to tell us who we should be or could be if we use their products. I remember a few years back a friend who bought a lotion that was guaranteed to get rid of cellulite and when it didn't she wanted her money back.

We were asked these questions on Sunday: "What is my brand? What identifies and defines me?" So often in my own life I have allowed the voices around me to live in my head and allowed them to define me. I gave others the power to say who I was. One of my mother's favorite sayings when I was growing up was this: " children should be seen and not heard." In my chaotic home I was often neither seen nor heard. I always felt I had to be invisible and not give my parents anything else to worry about because they had enough on their plates dealing with my older brother who constantly created havoc in all of our lives. I had to put on a "happy face" at school but the ache in my heart for normalcy was a constant reminder that my life was always spinning out of control.

I was a shy, introverted child and never felt like I fit in. This became even more ingrained when I was forced to begin attending the public high school in my hometown after my parents divorce when I was 14. Up until that time I had attended Catholic schools and after the divorce no one wanted to pay tuition so again life was completely out of my control. I allowed what others needed from me and what was expected of me to determine who I was and what I could become for many years of my life. I wanted to be an artist growing up, but was discouraged from becoming a "starving artist" so I went the medical route instead.

I defined myself by: my family of origin, my husband's family after I married, my children, successes, failures, relationships, facades...I wanted to look like I had it all together...and sometimes I really didn't. But because I had been told over and over as a child that what happened at home stayed at home  putting on the "I have it all together" the mask was easy to wear. I remember a friend telling me one day I felt things too deeply and I wondered, was that a bad thing? Should I not feel things? Was I too emotional? My life was like a roller coaster and never felt like I could be authentic because then people really might not like me. I never lived the best version of myself and it almost killed me.

When I was 34 I needed to have a hysterectomy. The week before surgery a co-worker told me I would gain a lot of weight after the surgery and so I went into surgery with that thought occupying space in my head. I had gone through a "chubby" faze in my preteen years and I had felt awful during that time so I was bound and determined I would not gain weight. I suffered post op complications and by the time my three week check-up came around I had lost 15 pounds. I then became obsessed with weight loss.

I became anorexic and exercised hours on end. The Doctors I worked for were concerned and even offered to pay for counseling, but I assured them I was fine. My husband and my children were worried and yet I saw nothing wrong with what I was doing even when my ten year old daughter and I could share clothing. I could count the ribs on my frame and still the word "chubby" would take center stage in my head. For three long years I lived this way and was down to 78 pounds when a dear friend intervened. She had come to visit and took a black and white close up picture of me and sent it to me in the mail. I remember opening the envelope, looking at the picture and wondering who this woman was. It was the wake up call that saved my life.

As I looked at that picture I knew why...for so much of my life I had no control over anything and I was supposed to be invisible. I had never dealt with any of the issues that had caused me so much pain and anorexia became my coping mechanism. No one could force me to eat...I had control over something. I wish I could say it was an easy battle to fight back from, but it wasn't. With every pound I gained the voices would start to remind me of who I was...but then, God stepped in and drew me to Himself and slowly He began to rebrand me.

I began believing He loved me, the authentic me. He created me and loved me unconditionally. I was and am visible to Him and I am who He says I am. He has allowed me to use the gifts He has blessed me with for good and has used the trials in my life for good. He continues to grow me and to allow me to become all He desires me to be for His greater good. In small group Sunday evening we discussed the sermon and I am so blessed to be with a group of people who are authentic and loving. We talked about labels we felt others had placed on us or we had placed on ourselves and then the leader of our group asked:"what would you say about yourself now?" My response, I am an Overcomer through the work of Jesus on the Cross.

Are the labels others have placed on you or you have placed on yourself helping you to be the person God created you to be?I am special. You are special. God meets us right where we are ...there are no qualifications we need to meet.  In Christ we are new creations and the only labels that will stick are the ones He has placed on us.

The comments to this entry are closed.

What Cindie is Reading 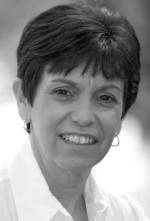 Blogs I Love to Read